The Dog Who Knew Too Much »

The Dog Who Knew Too Much

Description
The path to enlightenment is fraught with danger when Greenwich Village PI Rachel Alexander and her pit bull, Dash, investigate the death of a tai chi practitioner Did she jump or was she pushed? Devastated by the loss of their only child, David and Marsha Jacobs hire Rachel to find out why Lisa leaped to her death from the fifth-floor window of her martial arts studio. The tai chi instructor, who was studying to be a Zen Buddhist priest, seemed to have it all: beauty, brains, a vocation she adored, a sexy lover-and her beautiful, sad-eyed Akita, who may have been the only witness to her death and is still grieving the loss of his mistress. Refusing to believe that Lisa would abandon her beloved pet-and with only a suspicious suicide note to go on-Rachel and her canine assistant, Dash, hit the streets of downtown New York, retracing the dead woman's steps to figure out whether she was yin to a killer's yang. The Dog Who Knew Too Muchis the 2nd book in the Rachel Alexander and Dash Mysteries, but you may enjoy reading the series in any order.
Also in This Series 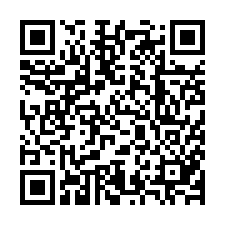