Top dog: the science of winning and losing

Description
New York Times Bestseller
Po Bronson and Ashley Merryman's work changes the national dialogue. Beyond their bestselling books, you know them from commentary and features in the New York Times, CNN, NPR, Time, Newsweek, Wired, New York, and more. E-mail, Facebook, and Twitter accounts are filled with demands to read their reporting (such as "How Not to Talk to Your Kids," "Creativity Crisis," and "Losing Is Good for You").
In Top Dog, Bronson and Merryman again use their astonishing blend of science and storytelling to reveal what's truly in the heart of a champion. The joy of victory and the character-building agony of defeat. Testosterone and the neuroscience of mistakes. Why rivals motivate. How home field advantage gets you a raise. What teamwork really requires. It's baseball, the SAT, sales contests, and Linux. How before da Vinci and FedEx were innovators, first, they were great competitors.
Olympians carry Top Dog in their gym bags. It's in briefcases of Wall Street traders and Madison Avenue madmen. Risk takers from Silicon Valley to Vegas race to implement its ideas, as educators debate it in halls of academia. Now see for yourself what this game-changing talk is all about.
Also in This Series

The competition machine
What goes down when the stakes go up
How the worriers can beat the warriors
Even odds: why women need them and men don't
The utter importance of pillow fights
The difference between winning and not losing
How one night of blackjack sped up the world economy
The 'roid rage of chess
The hierarchy of teams
Michelangelo had an agent
How the Black Sox cleaned up Wall Street.
Excerpt
Loading Excerpt...
Author Notes
Loading Author Notes...
Subjects
Subjects
Business
Competition (Psychology)
Failure (Psychology)
Nonfiction
Psychological aspects
Psychology
Sociology
Success
Success -- Psychological aspects
More Details
Contributors:
Merryman, Ashley
ISBN:
9781455515158
9781455553051
9781455515141
Similar Series From NoveList
Similar Titles From NoveList
Similar Authors From NoveList
Librarian Reviews
Published Reviews
Reviews from GoodReads
Loading GoodReads Reviews.
Staff View 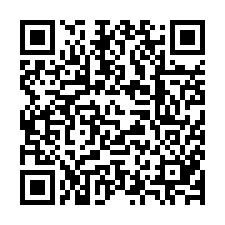