The physics of sorrow »

The physics of sorrow

Finalist for the 2015 PEN Literary Award for Translation

Winner of the 2016 Jan Michalski Prize for Literature

"A quirky, compulsively readable book that deftly hints at the emptiness and sadness at its core."—New York Times

A finalist for both the Strega Europeo and Gregor von Rezzori awards (and winner of every Bulgarian honor possible), The Physics of Sorrow reaffirms Georgi Gospodinov's place as one of Europe's most inventive and daring writers.

Using the myth of the Minotaur as its organizing image, the narrator of Gospodinov's long-awaited novel constructs a labyrinth of stories about his family, jumping from era to era and viewpoint to viewpoint, exploring the mindset and trappings of Eastern Europeans. Incredibly moving—such as with the story of his grandfather accidentally being left behind at a mill—and extraordinarily funny—see the section on the awfulness of the question "how are you?"—Physics is a book that you can inhabit, tracing connections, following the narrator down various "side passages," getting pleasantly lost in the various stories and empathizing with the sorrowful, misunderstood Minotaur at the center of it all.

Like the work of Dave Eggers, Tom McCarthy, and Dubravka Ugresic, The Physics of Sorrow draws you in with its unique structure, humanitarian concerns, and stunning storytelling.

Georgi Gospodinov was born in 1968 and is one of the most translated contemporary Bulgarian writers. His first novel, Natural Novel was published by Dalkey Archive Press in 2005 and was praised by the New Yorker, New York Times, and several other prestigious review outlets. A collection of his short stories, And Other Stories was published by Northwestern University Press. The Physics of Sorrow is his second novel.

Angela Rodel earned an M.A. in linguistics from UCLA and received a Fulbright Fellowship to study and learn Bulgarian. In 2010 she won a PEN Translation Fund Grant for Georgi Tenev's short story collection. She is one of the most prolific translators of Bulgarian literature working today and received an NEA Fellowship for her translation of Gospodinov's The Physics of Sorrow. 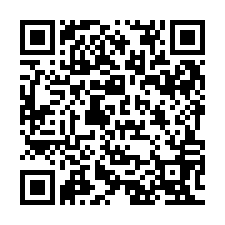