Description
Revisit the provocative story-before-the-story in Book Seven of Tiffany Reisz's fan-favorite Original Sinners series...
For years, Kingsley Edge warned Eleanor the day would come when she, the mistress of a well-respected Catholic priest, would have to run. She always imagined if that day came, she'd be running with S¿ren. Instead, she's running from him.
Fearing S¿ren and Kingsley will use their power and influence to bring her back, Eleanor takes refuge at the one place the men in her life cannot follow. Behind the cloistered gates of the convent where her mother has taken orders, Eleanor hides from the man she loves and hates in equal measure.
With Eleanor gone, the lights have gone out in Kingsley's kingdom. When he learns the reason she left, he, too, turns his back on S¿ren and runs. On a beach in Haiti, Kingsley meets Juliette, the one woman who could save him from his sorrows. But only if he can save her first.
Eleanor can hide from S¿ren but she can't hide from her true nature. A virginal novice at the abbey sends Eleanor down a path of sexual awakening, but to follow this path means leaving her lover behind, a sacrifice Eleanor refuses to make.
The lure of the forbidden, the temptation to sin and the price of passion have never been higher, and Eleanor and Kingsley will have to pay it if they ever want to go home again.
Originally published in 2015
Also in This Series 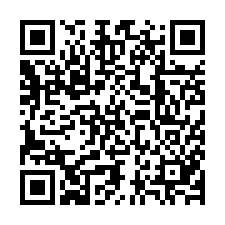