The life of objects »

The life of objects

In 1938, seventeen-year-old Beatrice, an Irish Protestant lace maker, finds herself at the center of a fairy tale when she is whisked away from her dreary life to join the Berlin household of Felix and Dorothea Metzenburg. Art collectors, and friends to the most fascinating men and women in Europe, the Metzenburgs introduce Beatrice to a world in which she finds more to desire than she ever imagined. But Germany has launched its campaign of aggression across Europe, and, before long, the conflict reaches the Metzenburgs' threshold. Retreating with Beatrice to their country estate, Felix and Dorothea do their best to preserve the traditions of the old world. But the realities of hunger and illness, as well as the even graver threats of Nazi terror, the deportation and murder of Jews, and the hordes of refugees fleeing the advancing Red Army begin to threaten their existence. When the Metzenburgs are forced to join a growing population of men and women in hiding, Beatrice, increasingly attached to the family and its unlikely wartime community, bears heartrending witness to the atrocities of the age and to the human capacity for strength in the face of irrevocable loss. In searing physical and emotional detail, The Life of Objects illuminates Beatrice's journey from childhood to womanhood, from naïveté to wisdom, as a continent collapses into darkness around her. It is Susanna Moore's most powerful and haunting novel yet.This eBook edition includes a Reading Group Guide. 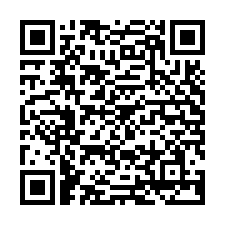