Description
In this military courtroom drama based on the play by Aaron Sorkin, Navy lawyer Lt. Daniel Kaffee (Tom Cruise) is assigned to defend two Marines, Pfc. Louden Downey (James Marshall) and Lance Cpl. Harold Dawson (Wolfgang Bodison), who are accused of the murder of fellow leatherneck Pfc. William Santiago (Michael de Lorenzo) at the U.S. Navy base at Guantanamo Bay, Cuba. Kaffee generally plea bargains for his clients rather than bring them to trial, which is probably why he was assigned this potentially embarassing case, but when Lt. Commander JoAnne Galloway (Demi Moore) is assigned to assist Kaffee, she is convinced that there's more to the matter than they've been led to believe and convinces her colleague that the case should go to court. Under questioning, Downey and Dawson reveal that Santiago died in the midst of a hazing ritual known as "Code Red" after he threatened to inform higher authorities that Dawson opened fire on a Cuban watchtower. They also state that the "Code Red" was performed under the orders of Lt. Jonathan Kendrick (Kiefer Sutherland). Kendrick's superior, tough-as-nails Col. Nathan Jessup (Jack Nicholson), denies any knowledge of the order to torture Santiago, but when Lt. Col. Matthew Markinson (J.T. Walsh) confides to Kaffee that Jessup demanded the "Code Red" for violating his order of silence, Kaffee and Galloway have to find a way to prove this in court. A Few Good Men also features Kevin Bacon as prosecuting attorney Capt. Jack Ross and Kevin Pollak as Kaffee and Galloway's research assistant, Lt. Sam Weinberg. ~ Mark Deming, Rovi
Also in This Series

From the DVD - Special ed. 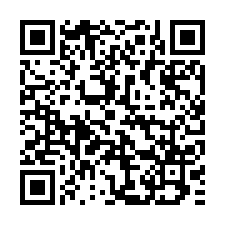