Big little man: in search of my Asian self

Description
"Why do so many people find Asian women sexy but Asian men sexless? Alex Tizon's family emigrated from the Philippines when he was four. He quickly learned to be ashamed of his face, his color, his physical size. In movies and on television he saw Asian men as 'servants, villains, or geeks, one-dimensional, powerless, sneaky little men.' His fierce and funny observations of sex and the Asian American male include the story of his own college life in the 1980s, a tortured tutorial on just how little sex appeal accrued to the Asian man. And then, two transformations. First, Tizon's growing understanding that shame is universal; that his own just happened to take racial shape. Next, seismic cultural changes--from Xiu Xiang's 2004 Olympic gold-winning sprint, to Jerry Yang's phenomenal success with Yahoo! Inc., to Keanu Reeves' leading-man status in The Matrix--that draw him out of his exile. Finally, Tizon's deeply original, taboo-bending investigation turns outward, tracking the unheard stories of young men today, in a landscape still complex but much changed for the Asian American man"--
Also in This Series 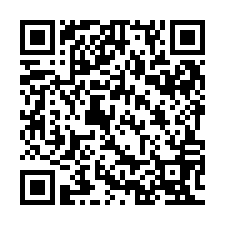