Description
"After graduating from her MBA program, Alice Reed is surprised when she's recruited for the management training experience at legendary Camp Durand, owned by Durand Inc.'s young billionaire CEO, Dylan Fall. The company usually recruits from Ivy League schools, not insignificant colleges like Alice's. Alice enthusiastically accepts, but she still wonders why Dylan would choose a girl from the wrong side of the tracks for the prestigious program. After a passionate encounter one night, she discovers exactly why Dylan wants her, and Alice can hardly resist his fierce sexual appetites, though she is amazed that she could appeal to an experienced, sophisticated man like Dylan. As Dylan introduces her to thrilling, erotic territory, Alice discovers a delicious new part of herself. Night after night, she steals away to find ecstasy and escape in Dylan's arms. But behind her lover's powerfully magnetic facade, Alice senses darkness, secrets from Dylan's past lurking in his beautiful, lonely mansion secrets that are starting to haunt Alice. And the ghosts of the truth might tear Dylan and Alice apart forever"--
Also in This Series 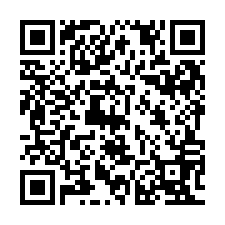