Description
We are a nation of immigrants, and we have always been concerned about immigration. As early as 1645, the Massachusetts Bay Colony began to prohibit the entry of zpaupers.y Today, however, the notion that immigration is universally beneficial has become pervasive. To many modern economists, immigrants are a trove of much-needed workers who can fill predetermined slots along the proverbial assembly line. But this view of immigrations impact is overly simplified, explains George J. Borjas, a Cuban-American, Harvard labor economist. Immigrants are more than just workerstheyre people who have lives outside of the factory gates and who may or may not fit the ideal of the country to which theyve come to live and work. Like the rest of us, theyre protected by social insurance programs, and the choices they make are affected by their social environments. In We Wanted Workers, Borjas pulls back the curtain of political bluster to show that, in the grand scheme, immigration has not affected the average American all that much. But it has created winners and losers. The losers tend to be nonmigrant workers who compete for the same jobs as immigrants. And somebodys lower wage is somebody elses higher profit, so those who employ immigrants benefit handsomely. In the end, immigration is mainly just another government redistribution program. zI am an immigrant,y writes Borjas, zand yet I do not buy into the notion that immigration is universally beneficial. . . . But I still feel that it is a good thing to give some of the poor and huddled masses, people who face so many hardships, a chance to experience the incredible opportunities that our exceptional country has to offer.y Whether youre a Democrat, a Republican, or an Independent, We Wanted Workers is essential reading for anyone interested in the issue of immigration in America today.
Also in This Series

From the Book - First Edition 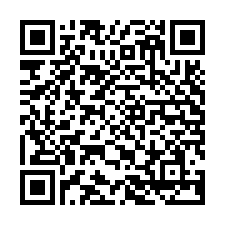