Three Girls and Their Brother »

Three Girls and Their Brother: [a novel] 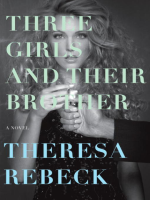 Description
Now that it's all over, everybody is saying it was the picture--that stupid picture was behind every disaster. . . .They may be the granddaughters of a famous literary critic, but what really starts it all is Daria, Polly, and Amelia Heller's stunning red hair. Out of the blue one day, The New Yorker calls and says that they want to feature the girls in a glamorous spread shot by a world-famous photographer, and before long these three beautiful nobodies from Brooklyn have been proclaimed the new "It" girls.But with no parental guidance--Mom's a former beauty queen living vicariously through her daughters, and Dad is nowhere to be found--the three girls find themselves easy prey for the sharks and piranhas of show business. Posing in every hot fashion magazine, tangling with snarling fashonistas and soulless agents, skipping school and hitting A-list parties, the sisters are caught up in a whirlwind rise to fame that quickly spirals out of control. When Amelia, the youngest of the three--who never really wanted to be a model in the first place--appears in an Off-Broadway play, the balance of power shifts, all the pent-up resentment and pressure comes to a head, and the girls' quiet, neglected brother reaches a critical point of virtual breakdown. And against the odds, even as the struggle for fame threatens to tear the family apart, the Hellers begin to see that despite the jealousy, greed, and uncertainty that have come to define their relationships, in the celebrity world of viciousness and betrayal, all they really have is one another.Narrated in four parts, from the perspective of each sibling, Three Girls and Their Brother is a sharp, perceptive, and brilliantly written debut novel from an acclaimed playwright.From the Hardcover edition.
Also in This Series 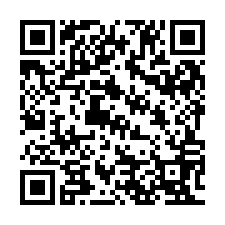