Alibaba's world: how a remarkable Chinese company is changing the face of global business

Description
"What is as powerful as Google, more popular than Facebook, and more economically disruptive than Amazon and eBay combined? Alibaba operates the world's biggest online shopping mall, with 600 million registered users (Amazon has roughly 200 million). It executes about 80% of China's e-commerce transactions and generates nearly 70% of all packages in China, making up close to 2% of China's GDP. And its marketplaces include another 60 million small and medium-size business users spread over 200 countries. This Chinese company is poised to make its global debut with an IPO that could be the largest in history. But what is Alibaba? How does it work? And why should we be paying attention? Porter Erisman shows how Jack Ma, a charismatic Chinese schoolteacher, rose from obscurity to revolutionize commerce in China, and now the world. He shares stories of weathering the dotcom crash, facing down eBay and Google, negotiating with the Web-phobic Chinese government, and enduring the misguided advice of foreign experts, all to build the behemoth that's poised to sweep the ecommerce world today. And he analyzes Alibaba's role as a harbinger of the new global business landscape--with its focus on the East rather than the West, emerging markets over developed ones, and the nimble entrepreneur over the industry titan. As we face this near future, the story of Alibaba--and its inevitable descendants--is both essential and instructive"--
Also in This Series 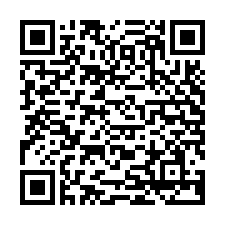