The betrayal: a novel

Description
She worked for one of the most powerful men in government—and she trusted him completely. That was her mistake.

Praised as "a worthy rival of Scott Turow and John Grisham" (Chicago Tribune), Sabin Willett made a powerful debut with his legal thriller, The Deal. Now he's made the leap from the courthouse to the White House in an even more accomplished international thriller involving political corruption, multibillion-dollar deal making, kidnapping, and assassination. At the center of this fast-paced novel is a fascinating heroine: Louisa Shidler, a thirty-seven-year-old U.S. ambassador, mother, and convicted traitor. Betrayed by her husband, her government, and her powerful boss and mentor, she is abandoned by everyone except her daughter, Isabel. But when the girl is kidnapped, Louisa learns that there is no limit to betrayal's reach—and no limit to what one woman will do to survive it.

As the action moves relentlessly from Washington, D.C., to Geneva, Switzerland, from Dubai to Paris to Cody, Wyoming, it becomes evident that Louisa and her daughter are mere pawns in an international bribery scheme of unprecedented proportions. But when the pawns refuse to fall, the bigger pieces begin to topple.

Charged with political savvy, shrewd characterizations, and a tense, tightly constructed plot, The Betrayal is a thriller of the highest caliber that will further enhance Sabin Willett's growing reputation.
Also in This Series 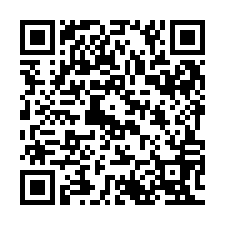