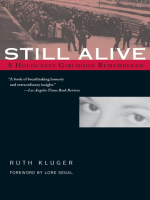 A controversial bestseller likened to Primo Levi and Elie Wiesel, Still Alive is a harrowing and fiercely bittersweet Holocaust memoir of survival: "a book of breathtaking honesty and extraordinary insight" (Los Angeles Times).

Swept up as a child in the events of Nazi-era Europe, Ruth Kluger saw her family's comfortable Vienna existence systematically undermined and destroyed. By age eleven, she had been deported, along with her mother, to Theresienstadt, the first in a series of concentration camps which would become the setting for her precarious childhood.

Interwoven with blunt, unsparing observations of childhood and nuanced reflections of an adult who has spent a lifetime thinking about the Holocaust, Still Alive rejects all easy assumptions about history, both political and personal. Whether describing the abuse she met at her own mother's hand, the life-saving generosity of a woman SS aide in Auschwitz, the foibles and prejudices of Allied liberators, or the cold shoulder offered by her relatives when she and her mother arrived as refugees in New York, Kluger sees and names an unexpected reality which has little to do with conventional wisdom or morality tales.

"Among the reasons that Still Alive is such an important book is its insistence that the full texture of women's existence in the Holocaust be acknowledged, not merely as victims. . . . [Kluger] insists that we look at the Holocaust as honestly as we can, which to her means being unsentimental about the oppressed as well as about their oppressors." —Washington Post Book World 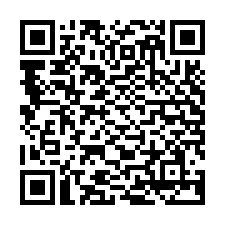