Nobel laureate Halldór Laxness's Under the Glacier is a one-of-a-kind masterpiece, a wryly provocative novel at once earthy and otherworldly. At its outset, the Bishop of Iceland dispatches a young emissary to investigate certain charges against the pastor at Sn?fells Glacier, who, among other things, appears to have given up burying the dead. But once he arrives, the emissary finds that this dereliction counts only as a mild eccentricity in a community that regards itself as the center of the world and where Creation itself is a work in progress.What is the emissary to make, for example, of the boarded-up church? What about the mysterious building that has sprung up alongside it? Or the fact that Pastor Primus spends most of his time shoeing horses? Or that his wife, Ua (pronounced "ooh-a," which is what men invariably sputter upon seeing her), is rumored never to have bathed, eaten, or slept? Piling improbability on top of improbability, Under the Glacier overflows with comedy both wild and deadpan as it conjures a phantasmagoria as beguiling as it is profound.From the Trade Paperback edition. 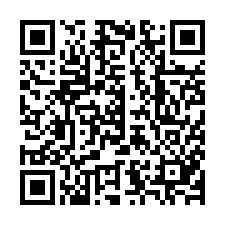