Moral origins: the evolution of virtue, altruism, and shame

From the age of Darwin to the present day, biologists have been grappling with the origins of our moral sense. Why, if the human instinct to survive and reproduce is “selfish,” do people engage in self-sacrifice, and even develop ideas like virtue and shame to justify that altruism? Many theories have been put forth, some emphasizing the role of nepotism, others emphasizing the advantages of reciprocation or group selection effects. But evolutionary anthropologist Christopher Boehm finds existing explanations lacking, and in Moral Origins, he offers an elegant new theory.

Tracing the development of altruism and group social control over 6 million years, Boehm argues that our moral sense is a sophisticated defense mechanism that enables individuals to survive and thrive in groups. One of the biggest risks of group living is the possibility of being punished for our misdeeds by those around us. Bullies, thieves, free-riders, and especially psychopaths—those who make it difficult for others to go about their lives—are the most likely to suffer this fate. Getting by requires getting along, and this social type of selection, Boehm shows, singles out altruists for survival. This selection pressure has been unique in shaping human nature, and it bred the first stirrings of conscience in the human species. Ultimately, it led to the fully developed sense of virtue and shame that we know today.

A groundbreaking exploration of the evolution of human generosity and cooperation, Moral Origins offers profound insight into humanity’s moral past—and how it might shape our moral future. 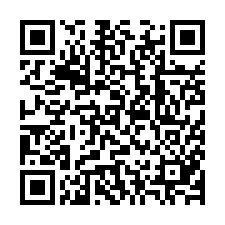