Description
"From the highly acclaimed author of Daughters of the Revolution and The Bostons (winner of the PEN/Bingham Award for fiction) comes a lyrical, visceral collection of short stories about sex and scars, waste and promise, with an eclectic cast of characters spanning generations and cultures. In "Francis Bacon," an aspiring writer crafts sexual fantasies for an Upper East Side mogul. In "The Snake," a restless psychologist sheds one existence after another, continuously restarting her life. In "The Boundary," a resident artist on a Native American reservation connects with a charismatic, deeply troubled teenager. In the surreal "She Bites," a man builds a doghouse as his wife slowly transforms. In "Opal is Evidence," a woman and her 10-year-old daughter, suffering from a brain tumor, house-sit at the yurt of marijuana farmers. In "The New Skin," a man literally unpeeled by horrific burns gradually recovers. And in the transcendent, three-part title story, two close friends confront cancer and suicide. Cooke's searing tapestry--peopled by characters who disappear and reemerge throughout the collection--explores lives ruled by illness, ritual, desire, and angst. At once philosophical and compulsively readable, Amor & Psycho dives into our dark spaces, confronting the poetry and brutality of human existence"--
Also in This Series 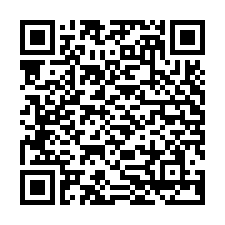