Overdue bills and constant mother vs. mother-in-law battles at home are bad enough. But crafts editor Anastasia Pollack's stress level is maxed out when she and her fellow American Woman editors get roped into unpaid gigs for a revamped morning TV show. Before the glue is dry on Anastasia's mop dolls, morning TV turns crime drama when the studio is trashed and the producer is murdered. Former co-hosts Vince and Monica—sleazy D-list celebrities—stand out among a lengthy lineup of suspects, all furious over the show's new format. And Anastasia has no clue her snooping has landed her directly in the killer's unforgiving spotlight.

Critical acclaim for Assault with a Deadly Glue Gun, the first book in the Anastasia Pollack Crafting Mystery series

"Crafty cozies don't get any better than this hilarious confection. Anastasia is as deadpan droll as Tina Fey's Liz Lemon."—Publishers Weekly, (starred review) 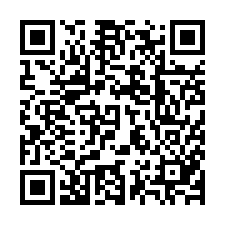