Description
Tourists, armchair travelers, and historians will delight in this fluid and engaging journey into Sicily's colorful past The emigration of people from Sicily often overshadows the importance of the people who immigrated to its shores throughout the centuries. Greeks, Romans, Vandals, Goths, Byzantines, Muslims, Normans, Hohenstaufens, Spaniards, Bourbons, the Savoy Kingdom of Italy—and countless others—have all held sway and left lasting influences on the island's culture and architecture. Moreover, Sicily's character has been shaped by what has passed it by. Events that affected Europe, namely the Crusades and Columbus' discovery of the Americas, had little influence on Italy's most famous island. The first and only history of Sicily for the general reader, this book examines how location turned this charming Mediterranean island into the epicenter of major historical conquests, cultures, and more. Complete with maps, biographical notes, suggestions for further reading, a glossary, and pronunciation keys, Sicily is at once a useful travel guide and an informative, entertaining exploration of the island's remarkable history.
Also in This Series 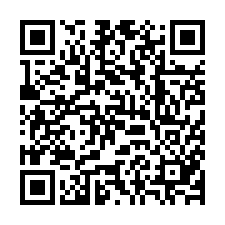