An artist in treason »

An artist in treason: the extraordinary double life of General James Wilkinson

Description
Patriot, traitor, general, spy: James Wilkinson was a consummate contradiction. Brilliant and precocious, at age twenty he was both the youngest general in the revolutionary Continental Army, and privy to the Conway cabal to oust Washington from command. He was Benedict Arnold's aide, but the first to reveal Arnold's treachery. By 38, he was the senior general in the United States army--and had turned traitor himself. Wilkinson's audacious career in the Spanish secret service while in command of American forces is all the more remarkable because it was anything but hidden. Though he betrayed America's strategic secrets and sought to keep the new country from expanding beyond the Mississippi, four presidents turned a blind eye to his treachery--gambling that Wilkinson would never use the army to overthrow our nascent democracy. The crucial test came in 1806, when Wilkinson turned the army against Aaron Burr and foiled his conspiracy to break up the Union.--From publisher description.
Also in This Series 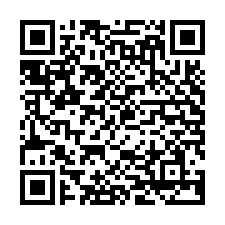