Californium: A Novel of Punk Rock, Growing Up, and Other Dangerous Things 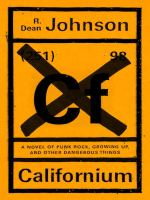 Description
"A coming-of-age crossover novel about growing up, selling out, and fitting in. It's late summer 1982 when the Houghton family uproots from Paterson, New Jersey and moves to Yorba Linda, California--the self-anointed "Land of Gracious Living." Fourteen year-old Reece is trying his best to believe his family has come to California for the opportunities it affords and not to outrun a shared family secret, but he's beginning to realize that even his heroes have flaws, everybody lies, and starting a band may be his only chance at salvation. With a bullhorn, a borrowed guitar, and his new best friends--Keith, a know-it-all who knows very little; and Treat, a mohawked kid obsessed with obscure albums--Reece starts a punk group of his own. While Reece's relationship with his parents suffers under the strain of new jobs, new friends, new crushes, and old secrets, his confidence soars. Even without a gig or a song they can play the same way twice, the buzz about the band is swirling, and it's not until the night of the band's first gig that Reece will fully understand how much of his new home is authentic, how much is artificial, and how some things, like the chemical element Californium, can be both at the same time"--
Also in This Series 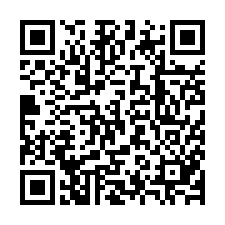