The spoiler: a novel 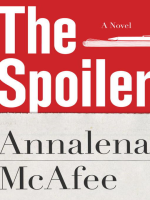 Description
A dark hyper-comedy set in London in the late 1990s during the last gasp of the newspaper wars just before the dot-com tidal wave—about two female journalists at opposite ends of their life and work who become locked in a fierce tango of wills and whose lives are forever changed by their (not-so-) brief (head-on) encounter.
At the novel's center—a legendary prize-winning war correspondent (called in her day "The Newsroom Dietrich" because of her luminescent beauty) now in her eighties, at the end of her career, who, over the decades, as the intrepid golden girl of the press, has been on the front lines or in the foxholes of every major theater of war of the twentieth century (Madrid; Normandy; Buchenwald; Berlin; Algiers; Korea; Vietnam). She is recognized everywhere (she finds fame mortifying these days); lionized for her fearless, politically informed, objective reporting; and now, though fragile and in an accelerating decline, her goddess-like beauty long gone, her style of writing—unbiased reportage—obsolete in the age of New Journalism, is rediscovered with the reissue of her frontline journalism, and the about-to-be-published collection of her Pulitzer Prize-winning dispatches. The other, a young up-and-not-so-coming reporter in her twenties; a degree in media studies, a freelance editor who compiles A-lists (Ten Best / Ten Worst; What's In / What's Out) for a down-market magazine of a newspaper specializing in celebrity gossip, unexpectedly sent to write a feature on the venerated "doyenne of British journalists"—to get the dirt on her glittering Hollywood days, her many affairs and three marriages...What ensues is a high-stakes, high-risk battle of wit and wills as lives are shaken, secrets unearthed, and headlines blast (unconfirmed) "truths," with one newspaper—the spoiler—playing off against another in a ruthless, desperate grab for sensation and circulation.
Also in This Series 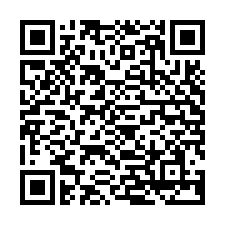