Not a gentleman's work »

Not a gentleman's work: the untold story of a gruesome murder at sea and the long road to truth

Description
"The Herbert Fuller, a three-masted sailing ship loaded with New England lumber, left Boston bound for Buenos Aires on July 8, 1896 with twelve people on board: captain-owner Charles Nash, his wife and Maine childhood-sweetheart Laura, two mates, the "mulatto" steward, six crewmen, and one passenger. Just before 2 A.M. on the sixth day at sea, the captain, his wife, and the second mate were slaughtered in their individual bunkrooms with the ship's axe, seven or eight blows apiece. Laura Nash was found with her thin nightgown pushed above her hips, her head and upper body smashed and deformed. Incredibly, no one saw or heard the killings... except the killer. After a harrowing voyage back to port for the survivors, the killer among them, it didn't take long for prosecutors to charge, and a Boston jury to convict, the first mate, a naturalized American of mixed blood from St. Kitts. But another man on board, the passenger, a twenty-year-old Harvard quitter from a proper Boston family, had his own dark secrets. Who was the real killer, and what became of these two men? Not a Gentleman's Work is the story of the fates of two vastly different men whose lives intersected briefly on one horrific voyage at sea--a story that reverberates with universal themes: inescapable terror, coerced confession, capital punishment, justice obscured by privilege, perseverance, redemption, and death by tortured soul"--
Also in This Series 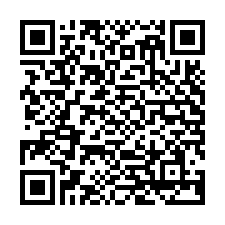