The 300: the inside story of the missile defenders guarding America against nuclear attack

Description
"For the first time ever, a groundbreaking account of the individuals who operate America's super-advanced missile defense system. Since the dawn of the rocket age, nations have been powerless to defend themselves against incoming attacks. For decades, not even the mighty fortress of the NORAD and U.S. Northern Command, buried deep under a granite shield inside Cheyenne Mountain, could stop enemy missiles from raining down on American cities. In September 2004, that changed. For the first time, a space-aged unit of missile defense wizards, the 100th Missile Defense Brigade, was established as an operating unit at Fort Greely in Alaska and Schriever Air Force Base in Colorado Springs. Armed with advanced interceptor weapons, this unique outfit took on themost difficult feat in the long history of weapons engineering: to destroy an inflight ballistic missile. Under the leadership of missile crew directors like Richard Michalski, a lieutenant colonel with the Colorado National Guard, the small brigade-just300 soldiers-is tasked with defending 300 million Americans. They stand watch in desolate missile fields in the farthest reaches of Alaska. In Colorado, their engineering brain trust struggles to perfect the highly advanced and at times unreliable missiletechnology of the Missile Defense Agency. With unprecedented access, years of research, and dozens of exclusive interviews, author Dan Wasserbly has peeled back the layers of secrecy. For the first time, The 300 tells the true story of this secretive yetessential unit of homeland defenders."--
Also in This Series 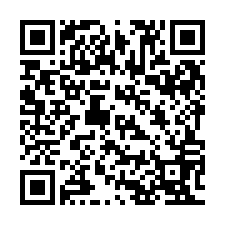