Mr. Kaiser goes to Washington: the rise of a government entrepreneur

Description
In the 1940s, the name Henry J. Kaiser was magic. Based on the success of his shipyards, Kaiser was hailed by the national media as the force behind a 'can-do' production miracle and credited by the American public with doing more to help President Roosevelt win World War II than any other civilian. Kaiser also built an empire in construction, cement, magnesium, steel, and aluminum--all based on government contracts, government loans, and changes in government regulations. In this book, Stephen Adams offers Kaiser's story as the first detailed case study of 'government entrepreneurship.' Taking a fresh look at the birth of modern business-government relations, he explores the symbiotic connection forged between FDR and Kaiser. Adams shows that while Kaiser capitalized on opportunities provided by the growth of the federal government, FDR found in Kaiser an industrial partner whose enterprises embodied New Deal goals. The result of a confluence of administration policy and entrepreneurial zeal, Kaiser's dramatic rise illustrates the important role of governmental relations in American entrepreneurial success.Originally published in 1997.A UNC Press Enduring Edition -- UNC Press Enduring Editions use the latest in digital technology to make available again books from our distinguished backlist that were previously out of print. These editions are published unaltered from the original, and are presented in affordable paperback formats, bringing readers both historical and cultural value.
Also in This Series 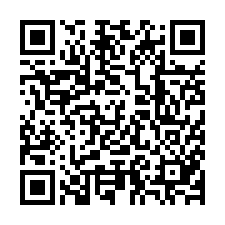