Description
"I wasn't always a terrible person, in fact, there was a point when I was captain of my high school cheerleading squad, "Valentine Queen," and student body president. So when word got out that I was currently withdrawing from opiates on the floor of a jail cell, people in my town were shocked, to say the least. Not because of the 27 felonies I'd acquired, or the nature of my crimes, but mainly because my boyfriend was a Sheriff Deputy, and his friends - our friends - were the ones who'd arrested me. I spent 120 in a jail where every officer knew what I had done to their 'brother in blue' and despised me for it. After a few suicide attempts, cavity searches, pillow fights and lesbian love affairs, I made my way to a residential treatment center. It was there that I recounted the harrowing events leading up to my arrest, and eventually began the process of recovering from a life of addiction. Leaving rehab wasn't the end of my story, instead it was the beginning of a chapter more beautiful and surprising than I could have imagined. Whether you are currently sitting in jail feeling lost, in a rehabilitation center seeking hope, or struggling to understand a loved one who is suffering from addiction, "High Achiever" reads like fiction, and will give you a shocking, honest, and at times humorous look inside the mind of a drug addict."--Amazon.com.
Also in This Series 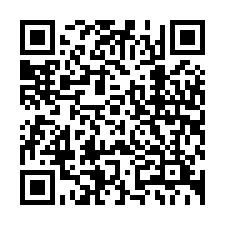