A Song to Take the World Apart »

A Song to Take the World Apart

Description
What if you could make someone love you back, just by singing to them? Fans of Sarah McCarry's All Our Pretty Songs and Leslye Walton's The Strange and Beautiful Sorrows of Ava Lavender will be captivated by this contemporary love story with hints of magical realism.

Hanging out with Chris was supposed to make Lorelei's life normal. He's cooler, he's older, and he's in a band, which means he can teach her about the music that was forbidden in her house growing up. Her grandmother told her when she was little that she was never allowed to sing, but listening to someone else do it is probably harmless—right?

The more she listens, though, the more keenly she can feel her own voice locked up in her throat, and how she longs to use it. And as she starts exploring the power her grandmother never wanted her to discover, influencing Chris and everyone around her, the foundations of Lorelei's life start to crumble. There's a reason the women in her family never want to talk about what their voices can do.

And a reason Lorelei can't seem to stop herself from singing anyway.
"Zan Romanoff's music-saturated debut will snare readers with its melodic, pop-punk hooks and elegant riffs on growing up, falling in love, and letting go." —Sarah McCarry, author of All Our Pretty Songs
"Family secrets, first love, and the elemental, raw power of music are all on display in Zan Romanoff's gorgeous novel. A Song To Take the World Apart gives us a heroine who's as fierce as she is vulnerable, and a story that's as page-turning as it is profound. An enchanting and beautiful debut." New York TimesCalifornia
From the Hardcover edition.
Also in This Series 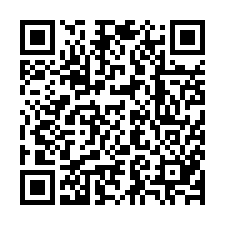