Bite Me, Your Grace »

Bite Me, Your Grace 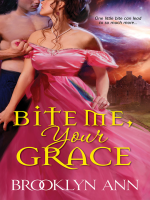 "Readers who crave both a classic Regency and a shadowy paranormal will sink their teeth into Ann's tale, with its engaging characters and light touches."—RT Book Reviews

First in a witty, sexy paranormal Regency romance series, England's "vampire craze" is causing much vexation for the Lord Vampire of London, Ian Ashton. To save his reputation, Ian enlists aspiring authoress Angelica Winthrop, who has hidden plans of her own.

Dr. John Polidori's tale "The Vampyre" burst upon the Regency scene along with Mary Shelley's Frankenstein after that notorious weekend spent writing ghost stories with Lord Byron. A vampire craze broke out instantly in the haut ton.

Now Ian Ashton, the Lord Vampire of London, has to attend tedious balls, linger in front of mirrors, and eat lots of garlic in an attempt to quell the gossip. If that weren't annoying enough, his neighbor, Angelica Winthrop, has literary aspirations of her own and is sneaking into his house at night just to see what she can find.

Hungry, tired, and fed up, Ian is in no mood to humor his beautiful intruder...

Scandals with Bite series:
Bite Me, Your Grace (Book 1)
One Bite Per Night (Book 2)
Bite at First Sight (Book 3) 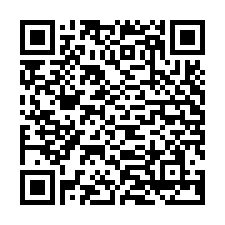