Getting mother's body: a novel

Description
Billy Beede, the teenage daughter of the fast-running, no-account, and six-years-dead Willa Mae, comes home one day to find a fateful letter waiting for her: Willa Mae’s burial spot in LaJunta, Arizona, is about to be plowed up to make way for a supermarket.As Willa Mae’s only daughter, Billy is heiress to her mother’s substantial but unconfirmed fortune—a cache of jewels that Willa Mae’s lover, Dill Smiles, is said to have buried with her. Dirt poor, living in a trailer with her Aunt June and Uncle Roosevelt behind a gas station in a tumbleweedy Texas town, and pregnant with an illegitimate child, Billy knows that treasure could mean salvation. So she steals Dill’s pickup truck and, with her aunt and uncle in tow, heads for Arizona with Dill in hot pursuit. While everyone agrees it’s only polite to speak of getting mother’s body and moving her to a proper resting place, it’s well understood that digging up Willa Mae’s diamonds and pearls will make the whole trip a lot more worthwhile.The enormously accomplished fiction debut from Suzan-Lori Parks, the 2002 winner of the Pulitzer Prize for Drama, Getting Mother’s Body takes its place in the company of the classic works of Zora Neale Hurston and Alice Walker. But when it comes to an ingenious, uproarious knack for depicting the trifling, hard-luck, down-and-out souls who need a little singing and laughing and lying and praying to get through the day, Suzan-Lori Parks shares the stage with no one.
Also in This Series 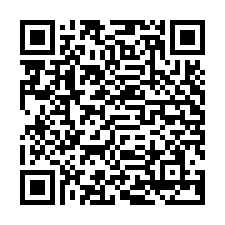