Take over at midnight »

Take over at midnight: The Night Stalkers Series, Book 4

The Past Doesn't Matter, When Their Future is DoomedNothing sticks to "Crazy" Tim Maloney, until he falls hard for a tall Creole beauty with a haunted past and a penchant for reckless flying. Lola LaRue never thought she'd be susceptible to a man's desire, but even with Tim igniting her deepest passions, it may be too late now...With the nation under an imminent threat of biological warfare, Tim and Lola are the only ones who can stop the madness—and to do that, they're going to have to trust each other way beyond their limits.

The Night Stalkers Series:The Night is Mine (Book 1)I Own the Dawn (Book 2) Wait Until Dark (Book 3)Take Over at Midnight (Book 4) Light Up the Night (Book 5)Bring on the Dusk (Book 6)

Praise for M.L Buchman:"A rousing mix of romance and military action thrills...Buchman blends tender feelings with military politics to keep readers riveted."-Publishers Weekly on I Own the Dawn"The first novel in Buchman's new military suspense series is an action-packed adventure. With a super-stud hero, a strong heroine, and a backdrop of 1600 Pennsylvania Avenue and the world of the Washington elite, it will grab readers from the first page."-RT Book Reviews, 4 Stars on The Night is Mine 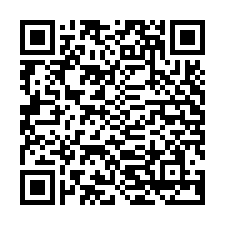