The film club: A Memoir 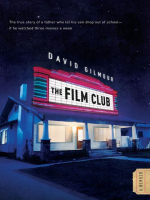 Description
A warmly witty account of the three years a man spent teaching life lessons to his high school dropout son by showing him the world's best (and occasionally worst) films. At the start of this brilliantly unconventional family memoir, David Gilmour is an unemployed movie critic trying to convince his fifteen-year-old son Jesse to do his homework. When he realizes Jesse is beginning to view learning as a loathsome chore, he offers his son an unconventional deal: Jesse could drop out of school, not work, not pay rent - but he must watch three movies a week of his father's choosing. Week by week, side by side, father and son watched everything from True Romance to Rosemary's Baby to Showgirls, and films by Akira Kurosawa, Martin Scorsese, Brian DePalma, Billy Wilder, among others. The movies got them talking about Jesse's life and his own romantic dramas, with mercurial girlfriends, heart-wrenching breakups, and the kind of obsessive yearning usually seen only in movies. Through their film club, father and son discussed girls, music, work, drugs, money, love, and friendship - and their own lives changed in surprising ways.
Also in This Series 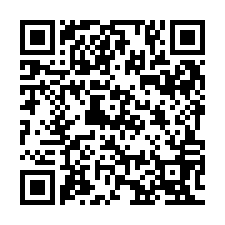