Description
"'A refined gentleman, age 25, of wealth and education, seeks the acquaintance, with a view to matrimony, of a high-minded, kind-hearted lady who prefers an evening of quiet conversation to the lively demands of society.' Edwina Hargrove knows that this "gentleman" was, in fact, Ashton Trewelyn, a rake notorious for seducing the young and naive. In fact, five decent women have already been tricked and bundled off to the continent for scandalous purposes. There was a way to thwart his scheme though-by shadowing this devilishly handsome Casanova and warning his prey. If only it were that simple. Wounded and weary, Ashton Trewelyn returns home to London from the King's Royal Rifles, but soon discovers a coded message that has implications to the Crown and his family. His only hope to unravel the mystery lies in the enigmatic Edwina's ability to recognize patterns. Even as he leads her on a path of secret societies and risque temptations, he discovers she arouses his jaded soul with temptations of her own. Must they risk everything to decipher Casanova's code?"--P. [4] of cover.
Also in This Series 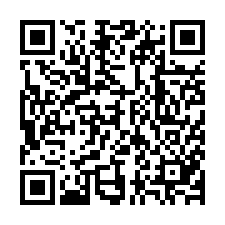