Description
"Being a public figure is no walk in the park - the world focuses on every move that politicians make and highlights their every mistake. "Image collapse" can befall anyone whose carefully cultivated persona is pitted against intermediaries in the broadcast booths of cable news networks or behind the photo desks of newspapers, magazines, and today's host of digital platforms. As a world-traveling "advance man," an operative who orchestrates TV- and photo-ready moments involving important political figures, Josh King has unique experience working with the reputations of officeholders, candidates and other public figures. In Off Script, King leads readers through an entertaining and illuminating journey through the Hall of Infamy of some of the most catastrophic examples of political theater of the last quarter century. Readers might remember these cringe worthy moments as simple cases of bad luck. King argues, instead, that they were symptomatic of something larger: our broad appetite for public embarrassment, the media's business imperatives in satiating that craving, and the propensity of politicians to serve it up on a platter, often by pretending to be someone they're not while strutting on the public stage. We tour recent history - King calls it "the Age of Optics" - to establish this syndrome, and then turn to the Obama administration and what Josh calls the emergence of the "Vanilla Presidency." King argues that Barack Obama has been more guarded and more protective of the presidential persona than anyone in history, and as we look to the elections of 2016 and beyond, we have to wonder: Will our future president follow Obama's example? If so, how will that influence the relationship between our nation's citizens and their leader?"--
Also in This Series 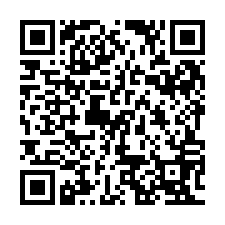