Mendocino and other stories »

Mendocino and other stories

Description
With humor, wisdom and tenderness, Ann Packer offers ten short stories about women and men—wives and husbands, sisters and brothers, daughters, sons, mothers, fathers, friends, and lovers—who discover that life's greatest surprises may be found in that which is most familiar.

In the title story, on the anniversary of their father's suicide a young woman discovers that her brother may have found a "reason for living" in the love of a good woman.  In "Nerves," a young man realizes that the wife he is separated from no longer loves him but that it is his own life he misses, not her.  The narrator of "My Mother's Yellow Dress" is a gay man remembering his deceased mother and their vital and troubling intimacy.  In "Babies"—which was included in the prestigious O. Henry anthology series —a single woman in her mid-thirties finds that everyone, including her best friend at work, is pregnant, and that their joy can only be observed, not shared.  In these and six other stories, Ann Packer exhibits an unerring eye for the small ways in which people reveal themselves and for the moments in which lives may be transformed.
Also in This Series 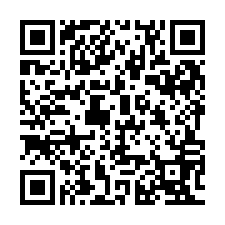