What intelligence tests miss: the psychology of rational thought

Critics of intelligence tests—writers such as Robert Sternberg, Howard Gardner, and Daniel Goleman—have argued in recent years that these tests neglect important qualities such as emotion, empathy, and interpersonal skills. However, such critiques imply that though intelligence tests may miss certain key noncognitive areas, they encompass most of what is important in the cognitive domain. In this book, Keith E. Stanovich challenges this widely held assumption. Stanovich shows that IQ tests (or their proxies, such as the SAT) are radically incomplete as measures of cognitive functioning. They fail to assess traits that most people associate with "good thinking," skills such as judgment and decision making. Such cognitive skills are crucial to real-world behavior, affecting the way we plan, evaluate critical evidence, judge risks and probabilities, and make effective decisions. IQ tests fail to assess these skills of rational thought, even though they are measurable cognitive processes. Rational thought is just as important as intelligence, Stanovich argues, and it should be valued as highly as the abilities currently measured on intelligence tests. 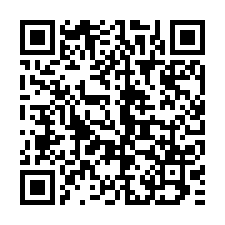