Joan Blondell: a life between takes

Joan Blondell: A Life between Takes is the first major biography of the effervescent, scene-stealing actress (1906-1979) who conquered motion pictures, vaudeville, Broadway, summer stock, television, and radio. Born the child of vaudevillians, she was on stage by age three. With her casual sex appeal, distinctive cello voice, megawatt smile, luminous saucer eyes, and flawless timing, she came into widespread fame in Warner Bros. musicals and comedies of the 1930s, including Blonde Crazy, Gold Diggers of 1933, and Footlight Parade.

Frequent co-star to James Cagney, Clark Gable, Edward G. Robinson, and Humphrey Bogart, friend to Judy Garland, Barbara Stanwyck, and Bette Davis, and wife of Dick Powell and Mike Todd, Joan Blondell was a true Hollywood insider. By the time of her death, she had made nearly 100 films in a career that spanned over fifty years.

Privately, she was unerringly loving and generous, while her life was touched by financial, medical, and emotional upheavals. Joan Blondell: A Life between Takes is meticulously researched, expertly weaving the public and private, and features numerous interviews with family, friends, and colleagues.

Matthew Kennedy teaches anthropology at the City College of San Francisco and film history at the San Francisco Conservatory of Music. He is the author of Marie Dressler: A Biography and Edmund Goulding\'s Dark Victory: Hollywood\'s Genius Bad Boy. Read more about his work at matthewkennedybooks.com 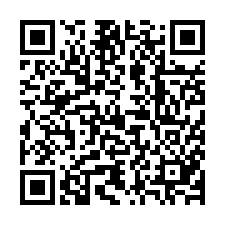