Description
"Former Posadas County Sheriff Bill Gastner, now a New Mexico Livestock Inspector, is enjoying a day on Herb Torrance's ranch--soaking in the sun as he counts a small herd of cattle and thinking about an upcoming lunch with an old friend back in town. But a light breeze stirs dust, a horse spooks, and Bil finds himself ferrying a broken cowpuncher in the back of his SUV, headed out to meet an ambulance. Moments later, Bill's day goes from bad to worse as he is summoned by undersheriff Estelle Reyes-Guzman to an investigation of an unattended death. Too impatient for Bill to finish up out at the ranch, old George Payton had decided to eat lunch on his own. A couple of bites later, he collapsed--dead of an apparent heart attack. But something isn't right. It may well have been a heart attack, Estelle agrees, but something triggered it. Before any questions can be answered, the small herd of cattle Bill had just counted is found wandering down a county highway. But there's no sign of cowpuncher Pat Gabaldon or his boss' $40,000 truck and livestock trailer. Forced into two tangled investigations, Bill faces one of the most complex cases in his 35-year career."--dust cover flaps.
Also in This Series 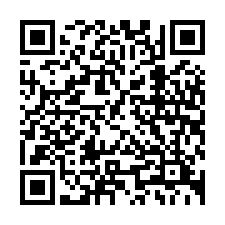