The devil you know »

The devil you know: a novel

Description
"In the vein of Gillian Flynn's Sharp Objects and A.S.A. Harrison's The Silent Wife, The Devil You Know is a thrilling debut about a rookie reporter, whose memories of the murder of her childhood best friend bring danger--and a stalker--right to her doorstep. The year is 1993. Rookie crime beat reporter Evie Jones is haunted by the unsolved murder of her best friend Lianne Gagnon who was killed in 1982, back when both girls were eleven. The suspected killer, a repeat offender named Robert Cameron, was never arrested, leaving Lianne's case cold. Now twenty-one and living alone for the first time, Evie is obsessively drawn to finding out what really happened to Lianne. She leans on another childhood friend, David Patton, for help--but every clue they uncover seems to lead to an unimaginable conclusion. As she gets closer and closer to the truth, Evie becomes convinced that the killer is still at large--and that he's coming back for her. From critically acclaimed author Elisabeth de Mariaffi comes a spine-tingling debut about secrets long buried and obsession that cannot be controlled"--
Also in This Series 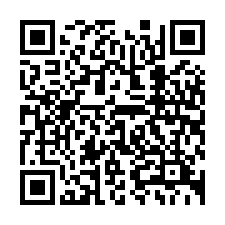