Confessions of Marie Antoinette: a novel

Description
A novel for fans of Philippa Gregory and Michelle Moran, Confessions of Marie Antoinette blends rich historical detail with searing drama, bringing to life the first years of the French Revolution and the final days of the legendary French queen.  Versailles, 1789. As the burgeoning rebellion reaches the palace gates, Marie Antoinette finds her privileged and peaceful life swiftly upended by violence. Once her loyal subjects, the people of France now seek to overthrow the crown, placing the heirs of the Bourbon dynasty in mortal peril.   Displaced to the Tuileries Palace in Paris, the royal family is propelled into the heart of the Revolution. There, despite a few staunch allies, they are surrounded by cunning spies and vicious enemies. Yet despite the political and personal threats against her, Marie Antoinette remains, above all, a devoted wife and mother, standing steadfastly by her husband, Louis XVI, and protecting their young son and daughter. And though the queen secretly attempts to arrange her family’s rescue from the clutches of the rebels, she finds that they can neither outrun the dangers encircling them nor escape their shocking fate.Advance praise for Confessions of Marie Antoinette   “Juliet Grey brings her trilogy on Marie Antoinette’s life to a triumphant finale, depicting with sensitivity and compelling vividness the collapse of a bygone glamorous world and the courageous transformation of its ill-fated queen.”—C. W. Gortner, author of The Queen’s Vow   “A heartfelt journey with Marie Antoinette in her wrenching last days . . . We see the end looming that is still veiled from her eyes, and knowing her hopes are in vain makes it all the more poignant. Far from the ‘let them eat cake’ woman of legend, Juliet Grey’s Marie Antoinette reveals herself to be a person we can admire for her courage, her loyalty, and her love of her family and her adopted country, France.”—Margaret George   Look for special features inside. Join the Random House Reader’s Circle for author chats and more.
Also in This Series 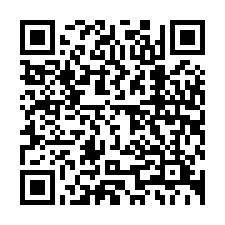