Description
"We all know Corey Feldman from such iconic movies as Stand by Me, Gremlins, The Goonies, and The Lost Boys. Growing up onscreen, he exuded tough guy edge with a heart of gold. And he lived the life that went along with his success: he palled around with Michael Jackson, dated Drew Barrymore, and was best friends with Corey Haim (aka "the other Corey"). But now that two of those close friends--Haim and Jackson--have passed away, along with others, Corey has decided that it's time to come clean about his past, a past that included physical, drug, and sexual abuse, a dysfunctional family from whom he was emancipated at age fifteen, and a stint in rehab. He will zone in on his close friendship with Haim: the two actors shared a darker story of abuse, which led to Haim's lifelong battle with various addictions and his eventual death. Through it all, Corey has overcome the worst traps that have ensnared so many others of his generation, others who have not made it to where he is today--still acting, a touring musician, and a loving father. At the same time, he still fights for his career and his health, every single day. Coreyography is a tale of survival and redemption"--
Also in This Series 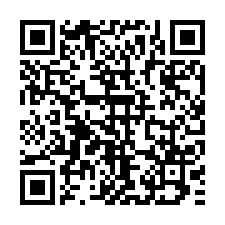