The receptionist: an education at The New Yorker

Thanks to a successful interview with a painfully shy E. B. White, a beautiful nineteen-year-old hazel-eyed Midwesterner landed a job as receptionist at The New Yorker. There she stayed for two decades, becoming the general office factotum—watching and registering the comings and goings, marriages and divorces, scandalous affairs, failures, triumphs, and tragedies of the eccentric inhabitants of the eighteenth floor. In addition to taking their messages, Groth watered their plants, walked their dogs, boarded their cats, and sat their children (and houses) when they traveled. And although she dreamed of becoming a writer herself, she never advanced at the magazine.

This memoir of a particular time and place is as much about why that was so as it is about Groth's fascinating relationships with poet John Berryman (who proposed marriage), essayist Joseph Mitchell (who took her to lunch every Friday), and playwright Muriel Spark (who invited her to Christmas dinner in Tuscany), as well as E. J. Kahn, Calvin Trillin, Renata Adler, Peter Devries, Charles Addams, and many other New Yorker contributors and bohemian denizens of Greenwich Village in its heyday.

During those single-in-the-city years, Groth tried on many identities—Nice Girl, Sex Pot, Dumb Blonde, World Traveler, Doctoral Candidate—but eventually she would have to leave The New Yorker to find her true self. 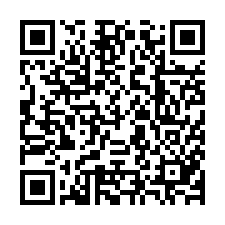