Description
"An epic and riveting history of New York City on the edge of disaster--and an anatomy of the politics of austerity that continues to shape the world today. When the news broke in 1975 that New York City was on the brink of fiscal collapse, few believed it was possible: how could the capital of the financial world go bankrupt? And yet the city was billions of dollars--maybe twelve, maybe fourteen, no one even really knew how much--in the red. Bankers and politicians alike seized upon the situation as evidence that social liberalism, which New York famously exemplified, was doomed to failure--and promised apocalyptic scenarios if the city didn't fire thousands of workers, freeze wages, and slash social services. In this vivid, gripping account, historian Kim Phillips-Fein tells the remarkable story of the crisis that engulfed the city, forever transforming the largest metropolis in the United States and reshaping ideas about government throughout the country. In doing so, she brings to life a radically different New York, the legendarily decrepit city of the 1970s. Drawing on never-before-used archival sources as well as interviews with key players in the crisis, Phillips-Fein guides us through the hairpin turns and sudden reversals that brought New York City to the edge of bankruptcy--and kept it from going over. At once a sweeping history of some of the most tumultuous times in the city's past, a colorful portrait of the unwieldy mechanics of municipal government, and an origin story of the politics of austerity, Fear City is essential reading for anyone seeking to understand the resurgent fiscal conservatism of today."--
Also in This Series 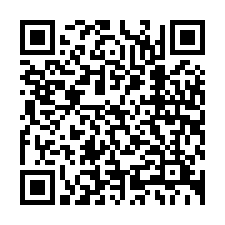