Balancing acts: behind the scenes at London's National Theatre

Description
From the Tony Award and Laurence Olivier Award-winning former director of London's National Theatre—this is a fascinating, candid, eloquent memoir about his career directing theater, producing films and opera, and working closely with some of the world's most celebrated actors. The list of Nicholas Hytner's accomplishments is long and distinguished: as Artistic Director of London's National Theatre from 2003-2015, he directed and produced a great number of their most popular and memorable plays and musicals, many of which have come to Broadway: Carousel, Richard Bean's One Man, Two Guvnors, David Hare's Stuff Happens among them. He directed both the London and Broadway productions of Miss Saigon, each of which ran for ten years. He directed Alan Bennett's The Madness of George III on both stage and screen. In short: He is one of today's most successful and admired theatrical impresarios. In Balancing Acts, Hytner gives us a detailed behind-the-scenes look at his creative process. From reviving classic musicals and mastering Shakespeare to commissioning new plays, he shows theater making to be a necessarily collaborative exercise, and he writes insightfully about the actors and playwrights he's worked with: Derek Jacobi, Richard Griffiths, Helen Mirren, Maggie Smith, Michael Gambon, Harold Pinter, and Tom Stoppard among them. With a cultural range that spans from The Mikado to The Lady in the Van, Balancing Acts is not only a memoir but a gathering of illuminating notes on the art of directing and a thoughtful meditation on the purpose of theater.
Also in This Series 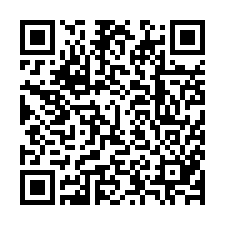