"Evans always incorporates detailed research that adds depth and authenticity to her mysteries, and she beautifully conjures up the Micco County, FL, setting. This is a series that deserves more attention than it garners." —Library Journal STARRED review

Faye Longchamp is once again at Joyeuse, the family plantation in Florida she labors so lovingly to restore. She's happily doing archaeological work on a site once owned by her family. But her joy abruptly ends when thieves break into the home of her friend and mentor Douglass Everett and kill him, inexplicably ignoring his impressive display of artifacts and valuable art work. All that's missing are Faye's field notes.

Among the items the thieves left behind is the magnificent emerald that Faye had just unearthed and brought to Douglass that fateful evening. Why? Then another murder quickly furnishes a clue that only Faye is likely to interpret. It launches her on a treasure hunt connected to Marie Antoinette and to the history of the Confederacy.

The killers have shown they will stop at nothing to get the information in Faye's notes. It's only a matter of time before they come for Faye. 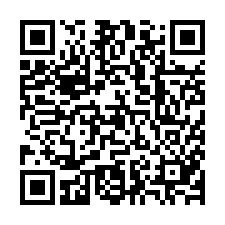