A big bang in a little room »

A big bang in a little room: the quest to create new universes

Description
"What if you could become God, with the ability to build a whole new universe in the lab? As startling as it sounds, modern physics suggests that within the next two decades, scientists may be able to perform this seemingly divine feat--to concoct an entirely new baby universe, complete with its own physical laws, star systems, galaxies, and even intelligent life. To create your own cosmos, you would need a particle accelerator, such as the Large Hadron Collider (LHC) in Geneva or one of the proposed next-generation colliders, a lot of physics know-how, and a bit of luck. A Big Bang in a Little Room will take the reader on a journey through the history of cosmology and unravel--particle-by-particle, theory-by-theory, and experiment-by-experiment--the ideas behind this provocative claim made by some of the most-respected physicists alive today. Beyond simply explaining the science, A Big Bang in a Little Room will also tell the story of the people who have been plugging away for more than thirty years to make this seemingly impossible dream a reality, pushing the boundaries of our understanding of the cosmos and our place in it as humans. A Big Bang in a Little Room will examine their extravagant plans, which include current and future space missions, accelerator runs, and table-top lab experiments to search for evidence supporting their ideas In the process, the book will ask deep philosophical questions about what it means for us, as humans, to begin to contemplate creating a new universe. Remarkable in its originality and ambition, A Big Bang in a Little Room is the ideal read for anyone seeking to understand the making of our universe--as well as the others just waiting to be created"--
Also in This Series

God's billboard: the cosmic microwave background
Beyond space and time: the quantum realm
Inflating the universe
Bursting inflation's bubble
Universe to multiverse
The accidental universe makers
A baby universe, a string multiverse, or God? explaining our tailor-made universe
The little bang theory: or how to grow a universe from a monopole
Postcards from the edge: detecting and communicating with our baby universe
Living in the matrix: a self-regulation guide for universe-makers.
Excerpt
Loading Excerpt...
Author Notes
Loading Author Notes...
Subjects
Subjects
Cosmology
Nonfiction
Physics
Science
More Details
ISBN:
9780465065912
9781541697553 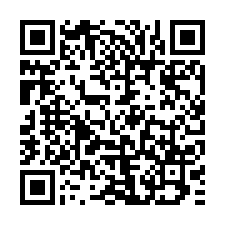