Description
This is an almost true story. Murphy was a child of the newly emerging 1950's Irish middle class. He was raised in the environment of a conflicted marriage that never should have happened. While his privileged upbringing seemed idyllic to the outside world, his reality was starkly different. Life at home was always turbulent. Apart from constant beatings, he never knew what daily chaos would erupt. His thirteen year Jesuit education was academically excellent. But it also resulted in a childhood love of God being beaten out of him while confirming his condemnation to burn forever in hell. Murphy was unsettled by the rigid Irish class system where social status predetermined one's future thereby condemning innocent children and adults to the inevitability of an impoverished life. Signs of his destruction from alcohol were evident in his early teens. He became a meteor raging through the lives of those who loved him and many who didn't. At first successful in business, he became penniless, deserted his wife and son, then became homeless before finally sobering up. Murphy eventually left Ireland for an uncertain future as a penniless illegal immigrant in America. But it was there he successfully resurrected himself. Many years later, he returned briefly to Ireland for his mother's funeral.
Also in This Series 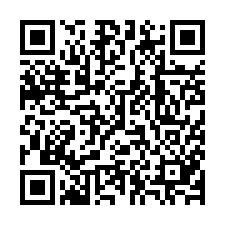