Description
Former investigative journalist Zoe Greene was so traumatized by a serial killer she put behind bars, she vowed never to ask probing questions again. Now writing for a soap-opera digest, she has become obsessed with soap-star Warren Clark, and doesn't hesitate to join him for several sexually-satisfying weeks at his home in San Esteban, Mexico. But her best friend Steve Sorenson knows something about the charming tourist town that Zoe doesn't—the brutally mutilated body of a teenage boy was found there recently, his heart torn from his body. And Steve fears that Zoe is headed straight into danger. From the moment Zoe arrives in San Esteban, things go drastically wrong. Warren disappears for long stretches of time. Other Americans she meets are hiding strange black crosses and blood-tipped cactus plants in their homes. When more people end up dead, their hearts also torn out, Zoe's investigative instincts kick in. But even as she follows an ominous trail of clues, Steve's discoveries suggest that she's next on the killer's list, and it may already be too late to save her.
Also in This Series 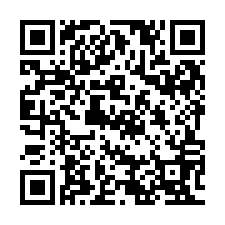