Gotti's rules: the story of John Alite, Junior Gotti, and the demise of the American mafia

Description
In Gotti's Rules, George Anastasia, a prize-winning reporter who spent over thirty years covering crime, offers a shocking and very rare glimpse into the Gotti family, witnessed up-close from former family insider John Alite, John Gotti Jr.'s longtime friend and protector. Until now, no one has given up the kind of personal details about the Gottis-including the legendary "Gotti Rules" of leadership-that Anastasia exposes here. Drawing on extensive FBI files and other documentation, his own knowledge, and exclusive interviews with insiders and experts, including mob-enforcer-turned-government-witness Alite, Anastasia pokes holes in the Gotti legend, demystifying this notorious family and its lucrative and often deadly machinations. Anastasia offers never-before-heard information about the murders, drug dealing, and extortion that propelled John J. Gotti to the top of the Gambino crime family and the treachery and deceit that allowed John A. "Junior" Gotti to follow in his father's footsteps. Told from street level and through the eyes of a wiseguy who saw it all firsthand, the result is a riveting look at a family whose hubris, violence, passion, and greed fueled a bloody rise and devastating fall that is still reverberating through the American underworld today. Gotti's Rules includes 8 pages of black-and-white photographs.
Also in This Series 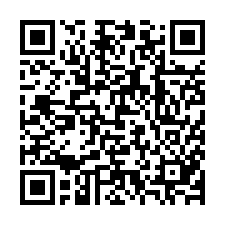