Description
Maxwell Sim can’t seem to make a single meaningful connection. His absent father was always more interested in poetry; he maintains an e-mail correspondence with his estranged wife, though under a false identity; his incomprehensible teenage daughter prefers her BlackBerry to his conversation; and his best friend since childhood is refusing to return his calls. He has seventy-four friends on Facebook, but nobody to talk to.
In an attempt to stir himself out of this horrible rut, Max quits his job as a customer liaison at the local department store and accepts a strange business proposition that falls in his lap by chance: he’s hired to drive a Prius full of toothbrushes to the remote Shetland Islands, part of a misguided promotional campaign for a dental-hygiene company intent on illustrating the slogan “We Reach Furthest.”
But Max’s trip doesn’t go as planned, as he’s unable to resist making a series of impromptu visits to important figures from his past who live en route. After a string of cruelly enlightening and intensely awkward misadventures, he finds himself falling in love with the soothing voice of his GPS system (“Emma”) and obsessively identifying with a sailor who perpetrated a notorious hoax and subsequently lost his mind. Eventually Max begins to wonder if perhaps it’s a severe lack of self-knowledge that’s hampering his ability to form actual relationships.
A humane satire and modern-day picaresque, The Terrible Privacy of Maxwell Sim is a gently comic and rollickingly entertaining novel about the paradoxical difficulties of making genuine attachments in a world of advanced communications technology and rampant social networking.
Also in This Series 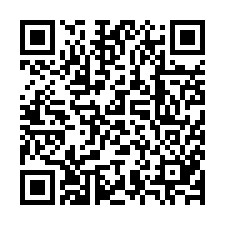