The next time you die »

The next time you die

How many ways can the past come back to haunt you? Hard-nosed Dallas detective Lee Henry Oswald is about to find out. When a bourbon-swilling Baptist preacher hires private detective Lee Henry Oswald to recover a stolen file, Oswald figures the job for a quick and painless infusion of cash. But nothing comes easily in Dallas for anybody named Oswald, especially when a psychopathic hit man from out of town shows up, intent on finding the same scrap of missing paper. With the police after him for a murder he didn't commit and his every move shadowed by the strange mobster, Hank Oswald gratefully accepts an extortion case in an effort to get out of town for a few days. State Senator Eddie Black, the tree-hugging black sheep of an oil-rich East Texas family, has a problem. Somebody wants him to change his vote on an important environmental bill. If he refuses, Black's long-time friend and his entire family will be killed, one by one, starting with the oldest child, the head-strong Tess McPherson. In the aftermath of a bloody encounter with the mobster at Tess McPherson's apartment, Oswald finally realizes the chilling connection between the two cases: a dead man named Billy Barringer, Hank's onetime best friend and the firstborn son of an East Texas crime boss. As the stakes mount, each treacherous step toward the missing file forces Oswald to confront the haunting memory of a split second decision which ultimately cost Billy Barringer his life. Now it looks like the dead man's family has teamed up with the new player in town, and everybody's got Oswald in their cross hairs. As the clock ticks down to a startling climax, Oswald races across the mean streets of Dallas to find the missing file and the secret it holds. Once the file is found, the explosive discovery forces a dangerous decision, one full of hard choices Oswald thought had been left long ago in his murky past. 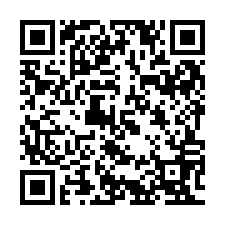